The swept wing J2 is often shunned in favour of the earlier cycle wing version, but occasionally a later model seriously stands out and this is that car, whether it is the colour or the build, I leave for you to decide. 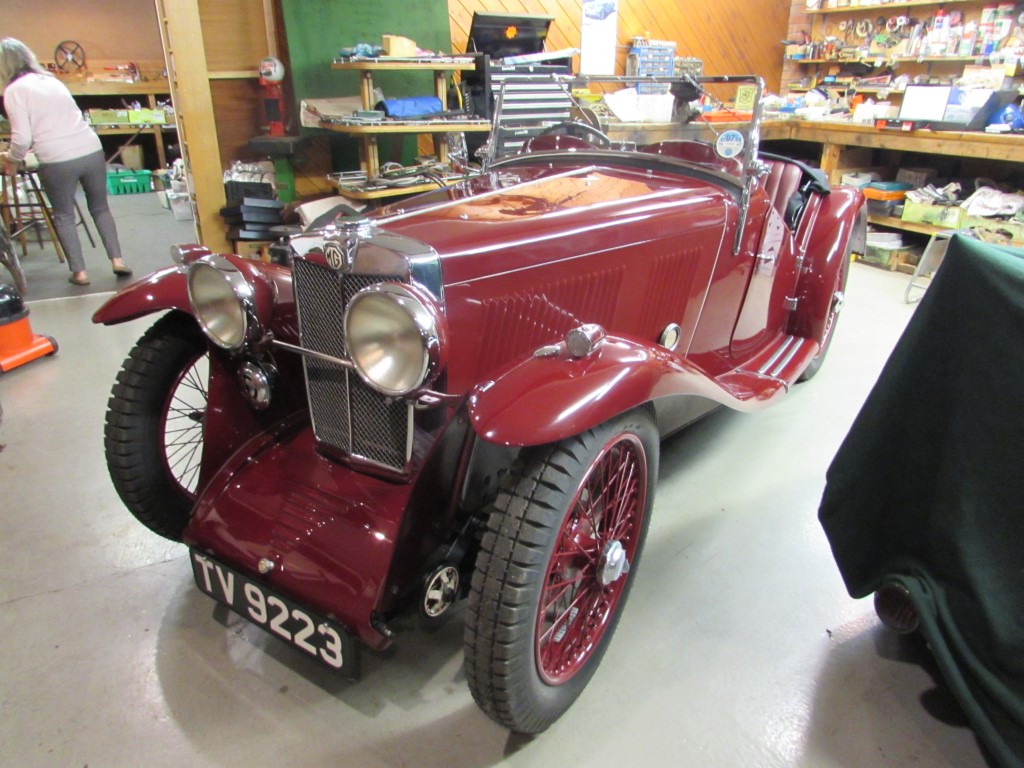 There is no doubt that colour makes a difference to some MG models and the deep Claret red red applied to this superb swept wing J2 restoration, REALLY works, and  has given this particular car a swarve--almost regal appearance.

Not everyone is a fan of the swept wing J2, but when one is presented like this , together with a fully counter-balanced crank & rods, there is little to stand in its way for competitive appeal.

Beautifully restored from the chassis-up, I have had the car completely re-commissioned  by Oliver Richardson following a considerable time in storage.   The car now performs better than I'd hoped, with well charging original electrics, very good Marles Weller steering, a very smooth gearbox and all new bodywork clad in steel for a long life ahead.

Although the engine is not the original from the factory, it is a genuine J2 engine with heavy billet Phoenix crank, all new head gear, rebuilt radiator  and correct deluxe mottled dashboard with original gauges.

Quality cellulose paint finish in deep claret with matching dark red Collingburn seats & upholstery, that are simply the best.   The weather equipment (possibly Collingburn) is of the highest quality and together with a huge history file, MMM registration and  DVLA paperwork, someone is in for a treat.      Don't even think of building one for the offered price--  this is real value for money.