WHAT A BARGAIN. A rare and very interesting supercharged former Leicester Police Car.

This is for someone looking for a pre-war MG with a fascinating history of police upgrades, followed by further major recent improvements that now offer very fast road use or even competition work. 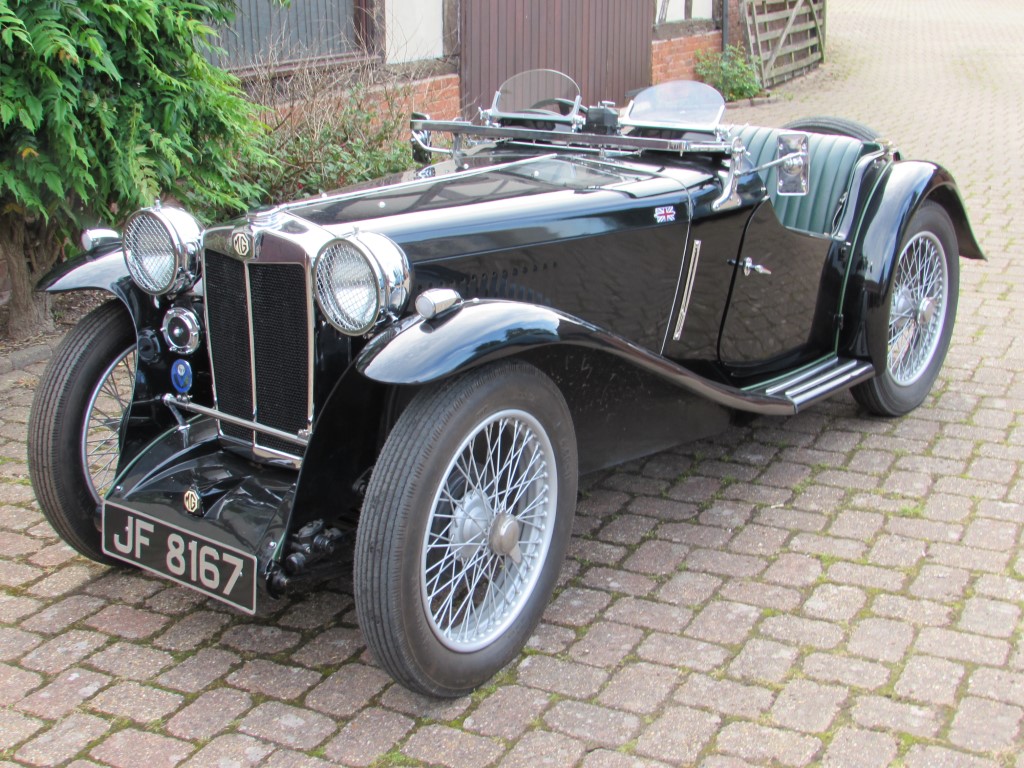 This most interesting car was delivered to Leicester City Police on April Fools Day 1935! and registered by them as a 'Public Carriage' on 26th April that year.   The basic car still carries many of the original Police upgrades, including the improved Wolseley brakes, the Archimedian petrol gauge, recalibrated speedo/rev. counter and period hydraulic shock absorbers all round.  In addition the new engine ordered by Leicester Police in Dec. 1935 was to PB specification and probably accounts for the engine stamping of 2/1865 BP, on a 60mm double breather block, still fitted today.

However, the most recent owner has taken the car to yet another level with an investment over the last two years far exceeding  £40,000!   Ill health only,  has forced this reluctant sale.

Whilst maintaining the car's patina and original features, JF 8167 received a total mechanical restoration by Andy King of 'Pre-War MG' just 2 years ago, then fitted with an easy-to-drive pre-select gearbox and then to fully ice-the-cake , a side mounted Marshall supercharger, as offered by  the factory when new,  was also professionally installed by Andy. Further work covered a complete new rear suspension, halfshafts, hubs, seals, etc., etc.

Fully itemised invoices show every facet of the engine build in 2019, together with all other work discussed above.  The engine has now been run-in and is giving  the performance I'd expect from this specification, though further tweaking could easily offer competition use to those inclined. The ingredients are there for the existing  fabulous road car or a potential road/race/hill-climb opportunity.    Some further cosmetic improvement could be undertaken regarding the interior  and dash, but certainly nothing further;  the car having turn signals, (as well as working SF24 ultra thin orig. trafficators),  electric fan, aeroscreens and headlamp stoneguards.  (Just needs one of my bonnet belts!!)

JF 8167 is finished in its original police black but with dark green upholstery rather than police blue, with brand new roof and brand new tonneau cover. The history file contains period  police photos of the car in 1935, an amazing article on the history of MG police cars, the factory chassis file,  together with all DVLA paperwork.

A wonderful package for a discerning customer at a bargain price.